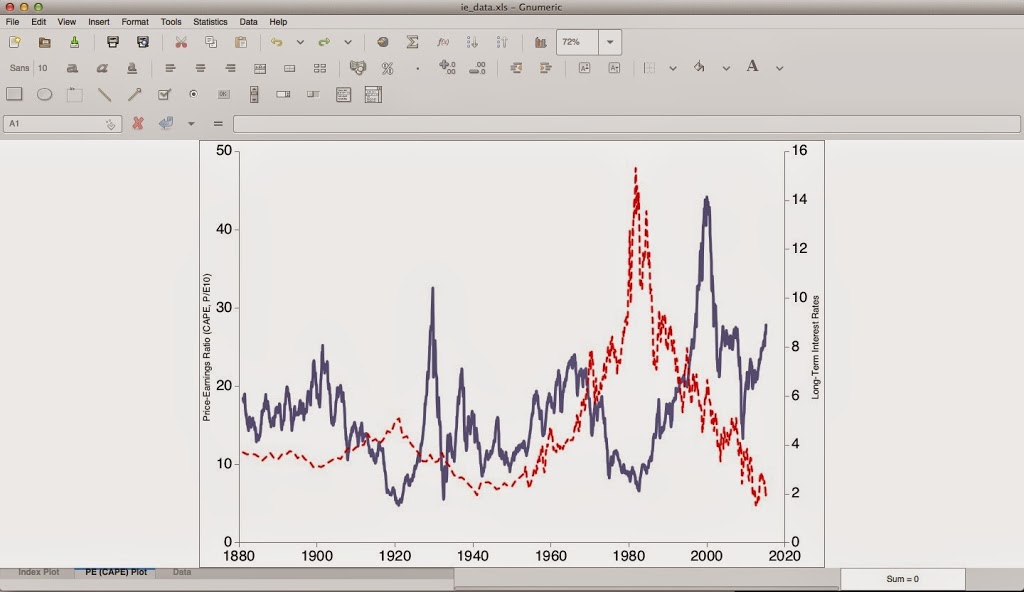 Note: This guide below has been depreciated – now you can just install macports and run:

Compiling Gnumeric on Mac OS 10.9.5 using Cocoa instead of X11

Note:  No X11 was used in the installation of this Gnumeric port!  While you may be instructed to install XQuartz at some point during your MacPorts experience, it is NOT necessary for this particular package (if you follow the instructions properly).

So, if you know anything about *NIX spreadsheet programs, or you are a hardcore statistics nerd, you are probably familiar with Gnumeric.

I like to run several operating systems, and one of my favorite is Mac OS.  But I like Gnumeric quite a bit and there’s never been an installer package for a native port of Gnumeric for Mac OS as far as I know.

There IS a how-to on how to compile Gnumeric using MacPorts, though!  However, it’s a little outdated:

Open Source Packages for the Macintosh

I was really glad to see this as a starting place, as it has some info about how to use flags when porting software to compile in Quartz instead of X11 (thus, to avoid the nasty X11 interface and stay more over-all “Mac-Looking”)

Following the directions on the site did not work for me, however — so here’s an update to help people with more modern Mac OS versions (I did this under Mac OS 10.9.5 Mavericks with MacPorts 2.3.3).

Installing and using MacPorts is beyond the scope of this article, but it’s not too hard to do – just make sure you have the latest (or most appropriate) version of Xcode, including the command-line tools.  you can check to see if you have the Xcode command line tools by opening a terminal, and invoking the command:


After a brief pause, you should see the following:

Go back to your terminal and invoke:


Navigate to your Applications folder via the Finder and you should see a blank icon named “Gnumeric”.

Double click on the icon, and you should be prompted with a dialog asking you to choose an application to run the program with.   Select the option to choose the program, then select the Terminal as the program to run it with (under /Applications/Utilities/Terminal).

Now when you double-click on this icon it should run Gnumeric for you without having to enter the terminal.

Alternately, you can create an alias instead of a link, by invoking:


This does NOT require the step of having to choose the terminal to run it with.  Now the Gnumeric alias will be on your desktop.  You may rename it and move it wherever you like (e.g. the Applications folder).

Any questions or comments to improve this post are immensely appreciated!  Please leave a post!  Thank you!

Note: I’ve noticed some of the functions, such as creating check boxes, radio buttons, and lists, do not work and actually crash the program.  I am not sure if these would work in the X11-compiled version, as I have not tried it in a number of years.  Please submit your comments regarding whether or not you have compiled Gnumeric on a Mac using X11, and if these functions work properly in that version.  Also, if you have any ideas of how to fix these functions, I’d be more than happy to hear them! 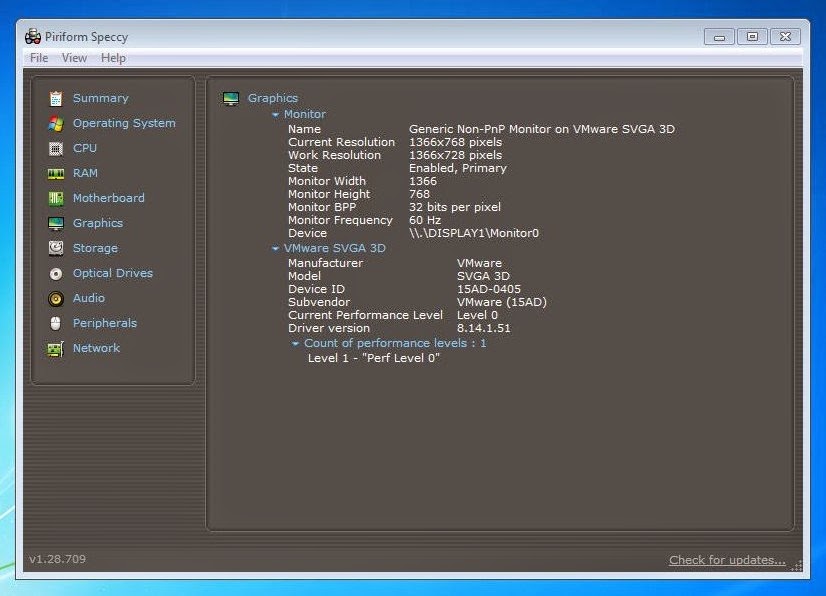 How to fix 3d rendering for a Windows guest in VMWare Workstation 11 Ubuntu 14.10 host

Getting a message when you start your Windows guest in VMWare Workstation 11 hosted by Ubuntu 14.10?

I was, and I had a little trouble finding a fix, until finally it worked!  it’s simply a matter of upgrading to the latest OpenGL drivers in Ubuntu.

Now when you start your Windows guest, it should no longer complain about 3D acceleration!

That’s it!  If you have any questions or comments, feel free to reply!

Switching from LXDE to LXQT in Lubuntu 14.10 Utopic Unicorn

So if you’re like me, you’ve been dying to try out the new LXQT Desktop Environment everyone has been talking so much about!

But so far, a official release of Lubuntu with LXQT has not been developed.   There is an unofficial release, but it does not have an installer package AFAIK.
What to do?

The current approach is, of course, to manually switch from LXDE to LXQT after installing a base version of Lubuntu 14.10 — Here’s how it goes:

1) Install a fresh copy of Lubuntu 14.10 from the official repository, which is here:

2) After installing the copy, get ready to convert your Desktop Environment to LXQT.

Go to the command prompt by hitting ALT-F2 on the desktop and typing LXTerminal.  Then, once the terminal window is open, type the following:


Type in your password, and you’re good to go!

Then, to do the actual switch, invoke this command at the prompt:

Note the use of aptitude in the above step, because apt-get has the tendency to complain about doing this … (try it, you’ll see!)

However, you should be warned that this approach causes a few issues with your setup.  In the terminal you’ll see the this:

The following actions will resolve these dependencies:


Well, we’re not going to let a little thing like bro

As far as I can tell, these are the most pressing issues to resolve:

1) The logout menu is broken:

It removes the lxsession-logout package, which makes it difficult to log out of the DE when you used to be able to just hit “logout” from the panel and have it bring up the menu.

To fix this, at the command prompt, invoke:


2) The network manager is no longer present:

The switch has also removed your network manager by default, so to get it back, invoke:


3) System tools have been uninstalled:

4) Wait!  What about the lubuntu-lxpanel-icons package I see being uninstalled??

The panel in LXQT is actually LXQT-Panel, so it is different, so not to worry — it uses it’s own set of icons, so you don’t need the lubuntu-lxpanel-icons package any more!

Well, that about wraps it up!  Do you have any questions or comments about this process?  See anything I did wrong, or want to mention anything else that this switch will impair/remove/destroy?   Please reply in the comments section!  Thanks!

So perhaps you’ve figured out that AKAI, EMU, ROLAND, KURTZWEIL sample CD images can’t be read on a Mac, can’t be mounted on a Mac, and can’t be burned on a Mac with the usual included utilities like diskutil or hdiutil,  But you’d still like be able to burn your sampler’s CD images without the hassle of emulating a PC to use raw CD burning software.

If you want to save some cash on buying programs to do this for you, Macports or Homebrew really come in handy.   Use either one to install a UNIX utility called ‘cdrdao‘ by opening a Terminal window and invoking the command:

Then, once cdrdao is installed, change it to the directory of your Akai CD image.  If you’re using a .bin/.cue file image you can burn your CD simply by using the following command:

Where “image_name” is obviously replaced with the name of your image file.  Also, the .bin and .cue files have to be in the same location.

If you’re using a .iso file, it’s not that much more difficult.  Just create a .toc file by typing:

Once in the Nano text editor, enter the following text:

Making sure to preserve the quotes in the example – they’re necessary for the .toc file – but again, replacing “image_name” with the name of your Akai disk image.

For an iso file, you may need to add the –driver generic-mmc-raw option, by typing:

But I would recommend you try burning your CD without it at first.  Then try it if you get an “ERROR: Drive does not accept any cue sheet variant” response.

If you’re having trouble getting these commands to work, you may want to check to make sure your CD-R drive is ready by typing:

If you wish to use a different drive than the one automatically mapped by cdrdao, or other features, check out the cdrdao manual page, or type ‘man cdrdao‘ at your terminal prompt.

An additional tip:  You can use diskutil (GUI) to eject your disk even if it is not showing up in the finder (as Akai SCDs don’t show up anywhere in the finder since they can’t be mounted by the Mac file system).

Note — If you want to go the pay software route, you CAN use Toast.   It’s DEFINITELY easy, but I don’t think it’s as fun 😉  Here’s how:

Toast will prompt you saying that it doesn’t know what format the image file is.  I’m guessing you’re certain you want to burn the disc, so choose “continue”

An easy how-to install guide for Gnumeric on a mac.

Gnumeric is a great program for those wishing to migrate from MS Excel but desiring the same functionality and user interface.  It’s free, easy to use, and even has some improvements with regards to statistical computation.  Unfortunately it doesn’t support pivot tables yet, but they’re likely to be included in future updates.

Run the macports self-update command by opening a terminal window and typing:

Then in the terminal type:

Now download and install the gnumeric wrapper from here:

Drag the icon to your applications folder, keep it in your dock, etc.  it should act like a normal Apple program with the exception that it opens the X11 interpreter and the menu for the program is inside the window instead of at the top of the screen.

Binchunker is a great command-line utility for converting .bin and .cue format cd-rom backups to .iso format for easy mounting / burning.  It also has a .raw and .wav conversion functions for use with video and audio disk images.

I’ve primarily been using it for converting video and sample CD (.VCD and SCD) images I’ve downloaded off the web, using the -r (.RAW) and -w (.WAV) flags for video and audio conversion.

Installing binchunker on a mac —

This post assumes you have homebrew installed.  Find out how to install it here:

Once homebrew is installed, type:

The ‘-v’ is optional, it gives you more feedback about the compile process.

Then to use binchunker, type:

the ‘.iso’ extension will automatically be appended to your ‘outfile’ name.

For reference, the bchunk executable is installed in this path: